“Awareness and Self Reliance”

Many years ago Jeff Cooper the father of modern day gunfighting came up with something called the Color Code of Mental Awareness and the Combat Mind Set. What is that you say? Well you may be the top shot of your class with blazing speed out of the holster, but if you can’t see trouble coming it won’t make any difference because the bad guy will have the upper hand. So how do you acquire these levels of mental awareness and combat mind set? It starts with the adopting the Color Code as your own, and using it in your everyday life.

As this has been written and rewritten by so many over the years the version I am sharing here happens to be the Front Sight one,  as I happen to like what they have done with it.

In a perfect world, this is the condition we would all enjoy living in, unaware and unprepared for any type of threat. Examples:

In Condition White you are totally unprepared for attack. You don’t see it coming and it takes several seconds to register mentally that you are in danger and then begin to prepare to defend yourself, if at all. When attacked in this state, you are easily defeated. If the attack involves deadly force, you most likely will not survive.

This condition is best described as a relaxed alertness. It is the condition that you should be in any time you are not asleep–even at home and especially away from home. You are aware of your immediate environment. Examples:

In Condition Yellow you are relaxed, aware, and alert. This is not a state of paranoia. You are simply aware of everything going on around you. You are not prepared for any specific threat and have not been alerted to any specific threat. However, in the event of a specific alert, youare ready to immediately move to a higher level of readiness to defend yourself. You are less likely to be attacked when in Condition Yellow because predators look for easy prey. When in Yellow, you are very difficult to attack, because you can see the attack coming and defend yourself within seconds.

In Condition Orange you have identified a specific, potential threat. You possibly made an evasive maneuver to minimize your exposure and gain a tactical advantage and you are formulating a plan to deal with the threat should it fully develop. You have not produced a weapon yet because the specific potential threat may be a harmless set of coincidences or may be a predator who, upon seeing your actions decides it is in his best interest to hunt elsewhere. From this condition of readiness you are prepared to defend yourself in the time it takes to present your weapon from your concealed holster.

This is a condition of a specific, real threat. There is no doubt in your mind that the threat is reaL Examples:

In Condition Red, your observations and evaluation of the actions of the specific potential threat, leave no doubt in your mind that the threat is real and dangerous. You have already attempted to avoid the threat when it first appeared to you. You have formulated a plan of defense, and are now carrying it out, and have set a mental trigger that will tell you when to deliver your defensive response. Your mental trigger is a “line in the sand.” If the threat crosses the “line” your response is already determined. There is no hesitation as your response is instantaneous.

The “line in the sand” is crossed by your assailant(s) and you are engaged in combat and delivering lethal force. At this point, your survival depends on the level of training you have received and your ability to control your mind. This is where the Combat Mind Set insures your success.

The Combat Mind Set is the state of mind that replaces your astonishment or fear of a lethal confrontation with the knowledge and confidence that you have trained for this; you expected it to happen at some time; and you are ready, willing, and able to handle it. In lethal confrontations that you recognize from a Condition Yellow and follow through to Condition Black, you most likely will not experience astonishment or fear. This is due to your awareness, anticipation, concentration, controlled decision making, and actions not leaving any room for fear to enter your mind. You cannot think about (or fear) the possibility of being killed if you are concentrating to obtain a crystal clear focus on your front sight while you smoothly press the trigger for a surprise trigger break.
Should fear enter your mind, the results can be debilitating because you will not be focusing on the task at hand.
Along with adopting the Color Code of Mental Awareness as your own and using it every day, you further develop the Combat Mind Set by advance mental preparation of lethal force scenarios. The more scenarios you visualize and develop plans to handle, the better you will perform in similar real life encounters. Live fire, tactical training scenarios will further validate and reinforce your Combat Mind Set.

So are you safe? 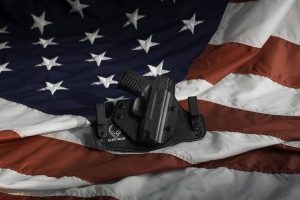 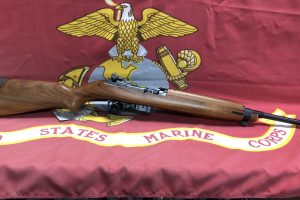 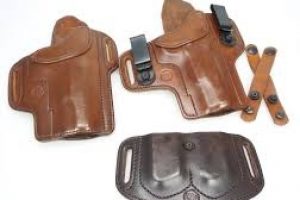 Concealed Carry—What Does it Mean?