Home TrainingWhat is a Assault Rifle?

What is an Assault Rifle?

Wikipedia’s definition of a assault rifle is as follows:

An assault rifle is a selective-fire rifle that uses an intermediate cartridge and a detachable magazine.
OK so lets break that down…

Selective- Firearm has at least two firearm modes, which are activated by means of a selector which varies depending on the weapon’s design. Some selective-fire weapons have burst fire mechanisms to limit the maximum number of shots fired automatically in this mode.

Detachable Magazine  means any ammunition feeding device, the function of which is to deliver one or more ammunition cartridges into the firing chamber, which can be removed from the firearm without the use of any tool.

So is the AR-15 a assault rifle?
Well lets consult Wikipedia again…
What does AR-15 stand for?
AR-15-platform rifles are among the most popular firearms being sold. They are today’s modern sporting rifle. The AR in “AR-15” rifle stands for ArmaLite rifle, after the company that developed it in the 1950s. “AR” does NOT stand for “assault rifle” or “automatic rifle.”

The AR-15 rifle is one of the most versatile firearm designs I have seen in my lifetime. It is certainly not a assault rifle.

“Awareness and Self Reliance” Many years ago Jeff Cooper the[...] 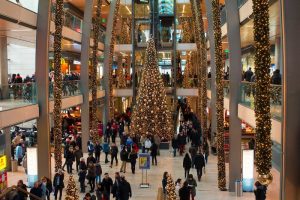 Be Alert this Holiday Season

Christmas time in the United States is a very busy[...]

California Gun Stores With an increase in both State and[...]