Home SafetyWhat is more dangerous a attacker with a Gun or a Knife?

I don’t know about you but I have a huge respect for edge weapon, something about being cut or stabbed scares the hell out of me, more so than being shot mind you I don’t particularly want to get shot either..

So if you are like me,  You focus your practice more on that kind of scenario because that is our greatest concern to be confront by a knife wielding attacker!!

How do you deal with a knife wielding attacker??

The Tueller Drill is a self-defense training exercise to prepare you against a short-range knife attack when armed only with a holstered handgun.

Sergeant Dennis Tueller, of the Salt Lake City, Utah Police Department wondered how quickly an attacker with a knife could cover 21 feet, so he timed volunteers as they raced to stab the target. He determined that it could be done in 1.5 seconds. These results were first published as an article in SWAT magazine in 1983 and in a police training video by the same title, “How Close is Too Close?”

A defender with a gun has a dilemma. If he shoots too early, he risks being charged with murder. If he waits until the attacker is definitely within striking range so there is no question about motives, he risks injury and even death.

Well there is one saying that my mentor has said to me over and over again “Better to be judged by 12 then carried by 6” If you think someone is threatening your life with bodily harm you are more than likely right!  So hone that 6th sense, whether it’s the hairs on the back of your neck or just a feeling in the pit of your stomach that something is wrong, listen to it, it is more than likely right!

The Tueller experiments quantified a “danger zone” where an attacker presented a clear threat.

The Tueller Drill is a self-defense training exercise to prepare against a short-range knife attack when armed only with a holstered handgun.

Since his experiments in the 80’s the distance has been increased to 30 feet but I still teach and strive for the 1.5 seconds in 21 feet as there is nothing wrong with being faster!!

The one thing you must remember and practice is you have to get off the “X” even if you succeed in hitting your attacker before he reaches you the forward motion is still coming your way, and still can do you harm, you must move and change your position. It is even better if you can put a object between you and your attacker, take control make him change his direction,  take his balance away!!

Practice so the right move comes automatically, You must do perfect practice.

Another thing you should practice, with this kind of encounter in mind, is the step-back technique in which you take a long step to the rear as you draw. This puts another three to four feet between you and your attacker, which may be just enough to make the difference.

Remember, the greater your skill with your weapon is, the smaller your Danger Zone will be, but only if that skill is coupled with good mental conditioning, tactical planning and alertness, because no amount of skill will do you any good unless you know that you’re in trouble.

Skill at arms and proper mental attitude. that’s the combination that will make you the winner in a ” Encounter with a knife wielding attacker “.

Here is one of the best videos describing what we are talking about.

Remember Amateurs practice to get it right Professional practice until they cant get it wrong.

Thanks for reading, Train Safe, Train Hard and watch your back!!

The Benefits of Reloading Your Own Ammo

Dillon Square Deal B src:dillonprecision.com There’s just something satisfying about[...]

ASK Dynamic Defensive Rifle I (Basic)  We will start offering[...] 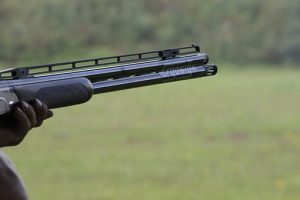